It’s the news media, stupid! Playing golf or politics with people’s suffering in the Donald Trump versus Hillary Clinton presidential election. The hypocrisy is screaming out loud

The flood damage in Louisiana is considered one of the worst American natural disasters since Hurricane Sandy in 2012 and Hurricane Katrina in 2005.

More than 40,000 homes have been seriously damaged or destroyed by the flooding and thousands have been made homeless.

It also may be the worst example of politically motivate media bias since Katrina, too. And the timing is ironic: Katrina slammed nearby New Orleans 11 years ago this month.

The Louisiana floods began on Friday August 12. By Thursday August 18, Republican Presidential candidate Donald Trump flew to Baton Rouge to tour the flood ravaged region and asked out loud the question no one in the media wanted to ask: Why isn’t President Obama in Louisiana showing support?

“Obama ought to get off the golf course and get down there!” Trump said. 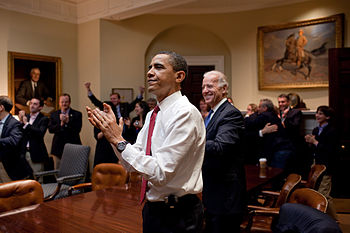 President Obama was playing golf on a lengthy vacation in Martha’s Vineyard, the exclusive getaway for the wealthiest and most privileged. It’s considered a heritage site for the country’s wealthiest African Americans, too.

Right away, the mainstream news media went into high gear, not asking why Obama hadn’t responded, but rather defending Obama. They accused Trump of “exploiting” suffering for political advantage.

Click here to listen to the podcast or use the widget below:

You mean the kind of political exploitation we are used to every day, like when Hillary Clinton invited the Muslim parents of a Muslim soldier who lost his life to speak at the Democratic convention?

TV News showed flood victims criticizing Trump for coming to the state, and no one was quoted criticizing Obama.

Obama immediately scrambled between tees, to issue a lengthy statement that was immediately published by nearly every mainstream news media pointing out how he spoke with Gov. John Bel Edwards when the floods began and authorized FEMA assistance.

Edwards scoffed at Trump for coming to the state and he forcefully defended Obama.

It’s easy to be blinded by the media’s fog of bias here and think, yea, why is Trump traveling to a disaster zone? While shrugging off the fact that Obama was enjoying 18 rounds at one of the nation’s most exclusive country clubs.

The conservative CNS News website has blasted the liberal media, arguing the mainstream news media is ignoring the flooding, or treating it like any other typical flood disaster, “because there is no racism there.”

Ironically, the Louisiana disaster is close to New Orleans, in Mississippi, where a similar media driven event took place. But the president back then was Republican, George W. Bush.

Bush was on vacation at his ranch in Texas when Hurricane Katrina hit. He did the same things Obama is said to have done, called FEMA and Washington DC officials to monitor and support the victims.

Yet, the media attacked Bush asking the same question Trump asked of Obama: Why wasn’t President Bush in New Orleans to show support?

Bush was in New Orleans less than two days later on August 31 even though the media howl and political attacks continued to increase. The vicious mainstream news media openly asserted Bush may be was insensitive to the New Orleans victims because they were Black. Of course, not all of the victims of Katrina were Black.

But in the mainstream American news media, facts don’t really matter. Favoritism, does.

Why not criticize Obama? Why is Obama being given a pass? Why is race not an issue in this instance with a Black President not responding fast enough to the desperate plight of homeowners, many of whom are White?

The Louisiana disaster began on August 12. Wild accusations about race overshadowed the Katrina controversy. No one wants to ask about race in reacting to Louisiana.

And where is Hillary Clinton? She doesn’t play golf. But she is busy working with the Obama administration to blunt questions about her mishandling of State Department emails.

Hillary supporters are pointing to media driven polling that show her winning, much the way she and the DNC manipulated resources to push Super Delegates to Hillary months early, and to undermine the candidacy of her Democratic rival Senator Bernie Sanders.

There is no doubt in my mind that the national media has staked out it’s favorites, and bias, not facts, are driving this year’s presidential election.

What’s really amazing to me is how people have been so insensitive in responding to this perspective, defending Obama and denouncing Trump by claiming that the tragedy in Louisiana was nothing and ONLY 13 people died … they argue you can’t compare it to Katrina’s damage in New Orleans in 2005.

Well, it’s true you can’t compare the damage caused by Katrina in 2005 to any tragedy … but you can compare the response of our public leaders or their lack of response … by focusing on comparing the depth of the two tragedies and noting the difference, they are distracting from the real issue, how do public officials respond to public tragedy?